The suffering is one of those areas of experience where it is misleading to depict bodily experience and psychic experience separately, regardless of what the person puts forward in his complaint and his request for help. The word “pain” refers primarily to the body: it is a painful sensation felt in one part of the body, but it is also a painful feeling and one speaks then of moral pain. The word “suffering” is immediately broader: the Larousse defines it as a physical or moral pain. 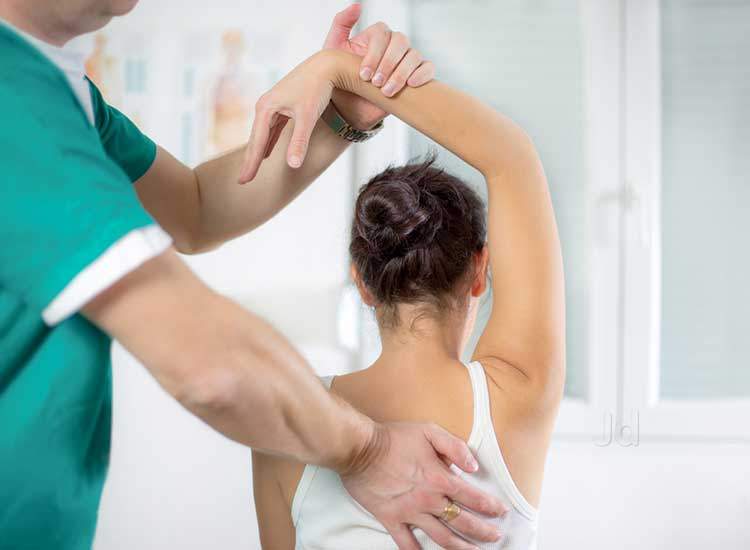 These two dimensions, or these two aspects of uneasiness, are intimately intertwined. As a psychotherapist, we often observe the physical signs of psychic tension. Perhaps we are less attentive to the psychic consequences of a painful experience. It is a fundamental experience, narcissistically trying, that is, testing our self-esteem and our basic psychic structures. The question that arises to us then is: how does pain become suffering?

HOW TO DEFINE PAIN?

“Pain is an unpleasant sensory and emotional experience, related to or described as actual tissue injury.” With this definition of the World Health Organization, the subject’s feeling is at the center of what is described. It is the great merit of this definition that imposes the subjectivity of pain in the face of the objectivity of observation and medical diagnosis.

The pain is what the patient says, even if his description combines observable lesions, and lesions used as metaphors for the sensations and emotions experienced. So a “stabbing” pain does not mean that the person was stabbed!

And when Sylviane tells me, during a session, “oh, there it stings! ” it means to me that we are entering an area where his psychic tensions are increasing and becoming painful. Pain, whether physical or moral, is therefore defined as related to the body as described with the words of the body.

WHAT HAPPENS IN OUR BODY WHEN WE SUFFER?

Painful nerve impulses follow the nerve pathways, from the periphery (skin, organs) to the center (the brain). These impulses then provoke muscular, motor, hormonal, emotional and behavioral, complex and more or less rapid responses.

There are two circuits for transmitting painful impulses.

This dual skill is spontaneously used as a pain reliever when we rub the painful area: we saturate the sensors of sensory messages and thus block the transmission of painful messages.

This circuit has a fast conduction speed and the transmitted messages are very precise as to the nature of the sensation, its intensity, and its location. These precisions will be preserved throughout the circuit, in the spinal cord, the thalamus, the limbic areas and the cortex.

By crossing the limbic zones, the information will be enriched by the memorization of previous similar experiences, which will of course strongly modulate the analysis of the cortex and its response (precision, adaptation, intensity). The cortical zones mobilized by the pain message are somatotopic, that is to say that the neurons composing them are organized to process information coming from specific areas of the body. The motor and behavioral responses will therefore also be precise and adjusted:

The second circuit uses non-myelinated, slow-conduction fibers. These fibers activate more or less depending on the intensity of the stimulus. The information transmitted is not precise and causes the activation of non-specialized brain areas.

The areas of the brain activated by these impulses are different from those of the first circuit. In the thalamus, impulses are treated in a non-somatotopic zone that will not transmit a location indication.

It is at slow speed that one owes the phenomena of anxious anticipation (before an appointment at the dentist for example), unreasoned attack or flight behavior, and all the lasting emotional manifestations, in particular, the anxiety, which only subsides gradually after the cessation of pain. Some depressive symptoms are directly related to a painful experience but only appear after complete cessation of pain,

What will be our brain’s responses to this painful information? They are multiple:

With these emotional, behavioral and affective responses, we enter the field where pain becomes pain, where it is part of a broader experience mobilizing our personality, our memory, and our defense systems.

When the intensity and duration of the pain sensations are too important for a subject, most of the brain is “requisitioned”, in a hurry, to handle this excess of stimuli. The sight blurs, the subject can no longer coordinate his thoughts or movements, his speech becomes difficult, he cuts himself mentally from outside in self-caressing folds or swaying. These are all his contact functions, with himself and with the environment that are disrupted or cut off. Each of us can experience it during a strong migraine.

This is also the case in patients with cancer, for example, whose pain has not sufficiently subsided. The development of the use of morphine in hospitals has transformed the accompaniment of the sick by restoring their relational capacities. In the same way certain states of psychical suffering, disorganizers or inhibitors of thought, are accessible to a work of elaboration in psychotherapy only when they are partially relieved by psychotropic drugs.

All these answers are modulated by the meaning that the subject gives to the situation he lives, that is to say by the place he gives him in his history and the links he establishes between this situation and his other personal experiences.

Understanding the situation is also an important part of overcoming pain. Faced with the disorganization of thought, the caring relationship, in which the patient is recognized as a valuable partner to jointly develop an understanding and representation of the situation, is a fundamental narcissistic support.

When pain makes sense and the subject’s self is supported, he is better able to master certain emotional and even neurovegetative responses. This is the goal of the pre-delivery classes, whose whole action is directed towards reducing the deep emotional reactions associated with the activity of slow fibers.

If the birth presents a deeply positive sense for the mother, the threshold from which she recognizes a sensation as painful will be increased, as well as her threshold of tolerance to pain. Conversely, the anxiety and internal conflicts engendered by becoming mothers lower the thresholds and potentiate the slow circuit of conduction of painful impulses.

With its two circuits, the pain can no longer be considered as a mere bodily experience, local and ephemeral. The pain involves a significant mobilization of our brain and our major metabolic regulation systems. By its memorial inscription, conscious or unconscious, it is also an experience that remains permanently present in our psyche.

To be overcome, the painful experience may require significant psychic work, especially because of the reactivation of painful, sometimes unconscious, old memories. For example: banal sensations accompanying the normal functioning of the digestive system (hunger, stomach cramps.

To better understand how pain can become pain and mark the life of an individual, it is necessary to know the specificity of pain in young children. The observation was made quite recently, and it is only in the last ten years that the management of the child’s pain has truly become general and effective.

It has long been believed that the nervous system of the young was immature and they were, therefore, less sensitive to pain! One of the consequences of this belief is that infants have been operated on for a long time under anesthesia, but without analgesia, that is, by suppressing consciousness but without using morphine to suppress the pain.

The arterial duct is a circulatory communication …to make it clear that the survival rate of newborns given morphine was considerably higher than that of babies who had simply been asleep.

The same difficulty is found with newborns operated on by a diaphragmatic hernia. The opening of the diaphragm to let the esophagus being malformed and too wide, during the first inspiration all or part of the abdominal organs back in the rib cage. Surgery must be immediate to save the child and also requires a very wide opening of the chest and abdomen.

Now we know that pains experienced in a state of unconsciousness can nevertheless be memorized and are accessible under hypnosis. So, most of our clients who have undergone early surgical procedures still carry psychic sequelae. Finally, it is only recently that we have examined the question of pain in very premature infants. But it seems that care and many manifestations of bodily functioning are painful for these fragile organisms.

5 Sporting Activities to Test for the Fall Season